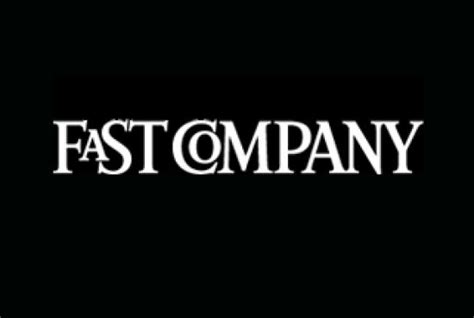 According to Laurie Ruettimann, who became a consultant after 12 years in HR and recruiting, job descriptions like these are “generally a lie.” In her experience, “They’re just looking to fill the position with someone who will stay a little longer than the person who quit.”

Not that recruiters want candidates to know that. Many are simply trying to squeeze people into job descriptions that may be outrageously ambitious or just mismatched for the needs of the role. As a result, recruiters sometimes resort to bad habits, indulge in crude biases, and mislead job seekers in order to keep their clients happy. Fast Companyspoke to a few who’ve since left recruiting to learn some of the less-savory realities inside the industry—and what candidates can do to protect themselves.

“A lot of recruiters—most that I know—will Google candidates who make it pretty far [in the hiring process],” says Ruettimann, “and then use Google image results, and also blog posts, tweets, and open Facebook accounts to judge someone’s character and credibility,” practices that she observes are frequently discriminatory and in many cases illegal.

Whether or not they’re aware of it, recruiters typically have a preconceived notion of what the ideal candidate looks like, Ruettimann explains, which often rests on stereotypes. Weight bias is still especially prevalent, she’s found—”these beliefs that someone who’s overweight is slovenly or lacks motivation.” And in her view, “diversity in Silicon Valley’s mind is the picture of Phylicia Rashad,” says Ruettimann, referring to the actress who portrayed Clair Huxtable on The Cosby Show. She has seen African-American women get considered more readily for roles as diversity/inclusion chiefs while white men more often lead the pack to head up sales teams.

One recruiter who spent a decade at a Canadian executive-search firm backs this up. The recruiter, whom I’ll call Mark (he requested anonymity to speak candidly), says there’s “a penchant to see more diversity, but the definition is narrow,” typically reduced to race and gender; it was common to tout a candidate for being a “visible minority.” “It’s the only way to highlight that for the client on a call,” he explains, since “we can’t put it in our documentation.”\

Mark also claims “there’s kind of a sweet spot” in terms of age for C-level positions. “My boss would say things like, ‘Did they have enough gray hair?’—not literally, but are they seasoned enough, do they have enough experience where they could be credible?” There were occasions when recruiters would nominate younger, well-qualified candidates for senior leadership roles, Mark recalls, but “I’d say 20% of the time they’re open to meeting with that person.”

THERE ARE FEWER APPLICANTS THAN YOU THINK

Erica Breuer is a personal branding strategist who worked for a year at staffing agency before deciding she’d had enough. One tactic she says was “used a lot was throwing out there how many people we’re [supposedly] speaking with when really it might’ve only been one to two options.” By the time a recruiter reaches out, she says, they’ve probably narrowed the candidate pool more than they’re letting on.

“Many candidates feel that there’s this huge job market and they’re competing against all these people,” says Breuer, and employers use that assumption to their advantage. “You always hear about this pile of 500 applications, when that’s not what it’s looking like behind the scenes.” So if you’ve gotten to the point where you’re speaking one-on-one with a recruiter, you may already have more leverage than you think.

FANCY CREDENTIALS STILL COUNT (WAY MORE THAN THEY SHOULD)

At the start of the hiring process, says Mark, “You get 100 resumes every single time, so how do I get to the top 20% of these people quickly?” One solution, all too often, is to zero in on prestigious credentials.

Recruiters “go to lower common denominators,” he says: “Who are all the Ivy League–school grads? Who are the McKinsey folks? Who is from a brand or company who we know and love?” As Mark points out, that leaves a candidate pool that’s only as diverse as those elite institutions. “We wouldn’t eliminate people for not having these things,” he says, “but we would prioritize people who did have Harvard credentials, for instance.”

In Mark’s experience, the only really effective workaround is a referral. “It can supersede a lot of things. It depends who it’s from, but if the CEO says, ‘We should be talking to that person,’ [recruiters] will be screening that person”–no matter what name brands may or may not grace their resume.

To be considered against stacked odds like these, he say, “it’s really important to be able to network your way in . . . Go look at LinkedIn profiles of people inside the organization. Look at how they came up and where they came up, and model their paths. What led them to their role eventually?”

YOU MAY NEED TO OVERSELL YOUR SKILL SET

According to Breuer, many companies are “either looking for someone who has a very specific type of experience—like ‘programmer of 20 years but also has experience writing for women’s magazines’—or [are] just stacking up all these skill sets that no one person has. They’re both impossible scripts.”

“There were times where I would sit my candidate down and say, ‘Listen, they’re really looking for this—what can we do about it?’ I would encourage the candidate sometimes to just bring it up and be frank,” or else to talk up a snippet of their experience to match what an employer wanted to hear.

Breuer says she’d also have to “prep the client” in situations like these, encouraging hiring managers to ask a certain question that she’d coached the candidate to answer. “When you get to that point when you only have two options, you’ve got to get creative with your candidate.”

Ruettimann believes an economic downturn is overdue, which will flood the job market with legions of contract workers, freelancers, and so-called “solopreneurs” applying for corporate jobs with full-time benefits. Whether or not that proves true, Ruettimann says that in the recruitment world, “nobody really believes in the gig economy.”

The prevailing attitude, she says, is that “if you’re self-employed, it’s because you can’t get full-time work.” So job seekers looking for traditional roles after years supporting themselves—particularly older ones—she says, “are facing serious ageism and bias in the workforce.” Ruettimann’s advice is twofold: “If you’ve been in this gig economy, get your references in order and make sure you’re working for really awesome clients who can vouch for you, then think about turning those clients from customers into employers—like now.”

Second, “downplay how much you took on in terms of risk or innovation or ability”—that experience won’t matter nearly as much as a job description may lead you to believe; in fact, risk-takers are seen as unpredictable liabilities. Instead, Ruettimann suggests, “highlight the fact you can work in a team, that you can take orders, that you’re looking to learn, you’re looking to collaborate.”

No matter what they claim, she says, recruiters are “looking for someone who will come in and assimilate with the team, not necessarily challenge it.”

THE JOB IS BEING MADE TO SOUND BETTER THAN IT IS

In Breuer’s experience, “there are a lot of companies talking about their mission and values, but it’s really a sales story. I was seeing huge promises get made to candidates, and three weeks in they’re emailing me saying, ‘Hey, this isn’t what I expected.’” The two items she found most commonly oversold were “the degree of flexibility that came with the role and e-learning and internal education [opportunities].”

“I think companies know how much both of those things mean to candidates,” so recruiters tout them, often in good faith. But, she says, “I don’t think companies have the best systems and internal processes in place to make sure they’re fulfilling on them.” As recruiters, Breuer explains, “we have these stories that we repeat—that sales story. We believe it when we’re saying it because we’ve heard it so often,” even if it isn’t entirely true.

The solution? “There’s nothing better than actually asking to speak to a few people who work there,” says Breuer. Read every Glassdoor review you can. Get ahold of former employees on LinkedIn. “If you think you’ve done enough research, do that extra half hour—reach out to a few more people, Google it one more time.”

She adds, “If you’re not feeling sure, there’s probably info you haven’t uncovered yet that’s making you feel nervous about what you’re looking at.”

“Andrew is plugged into his network and takes the time to support the IG industry and those of us who work in it. He really came through for me when I needed someone that knows my profession to help me take a fresh look at my resume and revamp it. Andrew helped me make some… END_OF_DOCUMENT_TOKEN_TO_BE_REPLACED

“It had been numerous years since my last career change and Andrew gave insightful, useful advice on how to manage the change with both firms. What appeared to be a daunting and stressful move actually became a seamless and smooth transition.  I would have been completely lost without Andrew’s assistance and professional expertise.”